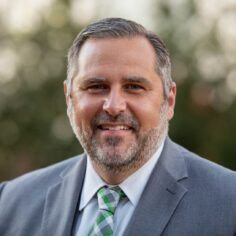 Jason Burden is the current president of the Baptist General Convention of Texas and pastor of First Baptist Church in Nederland, where he has served since 2011. Previously, he served as pastor of churches in Trinity and Chilton; two terms as first vice president of the BGCT; and moderator of both the Golden Triangle Baptist Association and the Falls Baptist Association.

Burden is a graduate of Tarleton State University and earned both his Master of Divinity and Doctor of Ministry from Baylor University’s Truett Theological Seminary. He and his wife Kristi have three children: Hayden, Hallie and Rylie.